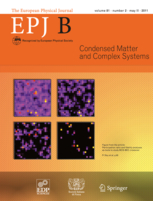 The Internet has given rise to its own sorting devices. Among these, tagging consists in assigning user-chosen keywords to a piece of information (such as a digital image) to facilitate searches. Lingfei Wu, a researcher at the City University of Hong Kong’s Department of Media and Communication, used the tagging behaviour of social media application users to study the growth of online communities’ activity.

Wu focused on two social media sites: Flickr and Delicious, in which a faster growth of overall tagging activity than of user population was observed. This phenomenon is called accelerated growth and confirms that tagging activity is not correlated in a linear way to the number of social media users using tagging. In this study, Wu suggests that the accelerating growth pattern originates from the effect of the community size on individual tagging behaviour. He found that despite the fluctuation in the number of tags and of the population, communities have a heterogeneity (in terms of individual tagging activity) that remains constant over time, but differs across systems. Given this time-invariant heterogeneity, the average individual activity will grow as the system expands, leading to the accelerating growth of overall activity.

Previous studies focusing on real-world examples such as cities and biological networks exhibited similar growth pattern. This study shows that there are also accelerating growth patterns in the virtual world.

Immediate applications of modelling the online activity growth include predicting the server capacity required for social media sites on the basis of historical data. Future work will focus on devising a unified model that explains the regularity governing the scaling up of both real-life systems (e.g. biological species and cities) and virtual communities.

The above text is cited from online news of the European Physical Journal (http://www.epj.org/news.html).