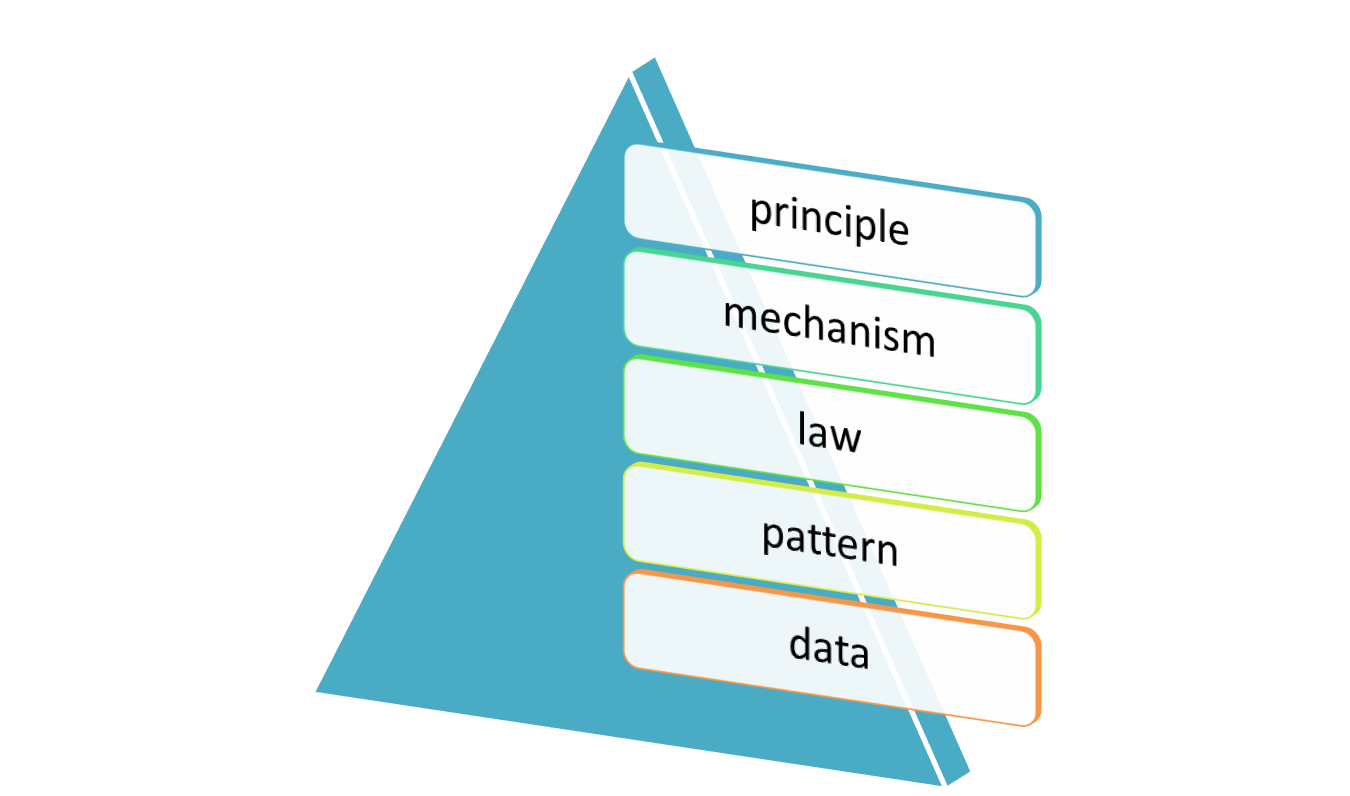 Here, we argues that, there are Five levels of science: data, pattern, law, mechanism, and principle. Then you may ask, where is theory?

Theory is a contemplative and rational type of abstract or generalizing thinking, or the results of such thinking. Depending on the context, the results might for example include generalized explanations of how nature works, or even how divine or metaphysical matters are thought to work. The word has its roots in ancient Greek, but in modern use it has taken on several different related meanings. (Cited from Wikipedia)

“Scientific theories are the most reliable, rigorous, and comprehensive form of scientific knowledge.” It’s how observers look at the outside world.  According to Kant’s idea, human beings give orders to the whole universe (人类为自然立法). In the paramid of science, theory is pattern, law, mechanism, and principle.

A plant, an animal, the regular order of nature — probably also the disposition of the whole universe — give manifest evidence that they are possible only by means of and according to ideas; that, indeed, no one creature, under the individual conditions of its existence, perfectly harmonizes with the idea of the most perfect of its kind — just as little as man with the idea of humanity, which nevertheless he bears in his soul as the archetypal standard of his actions; that, notwithstanding, these ideas are in the highest sense individually, unchangeably, and completely determined, and are the original causes of things; and that the totality of connected objects in the universe is alone fully adequate to that idea. by Kant, Critique of Pure Reason, 1787, p374. 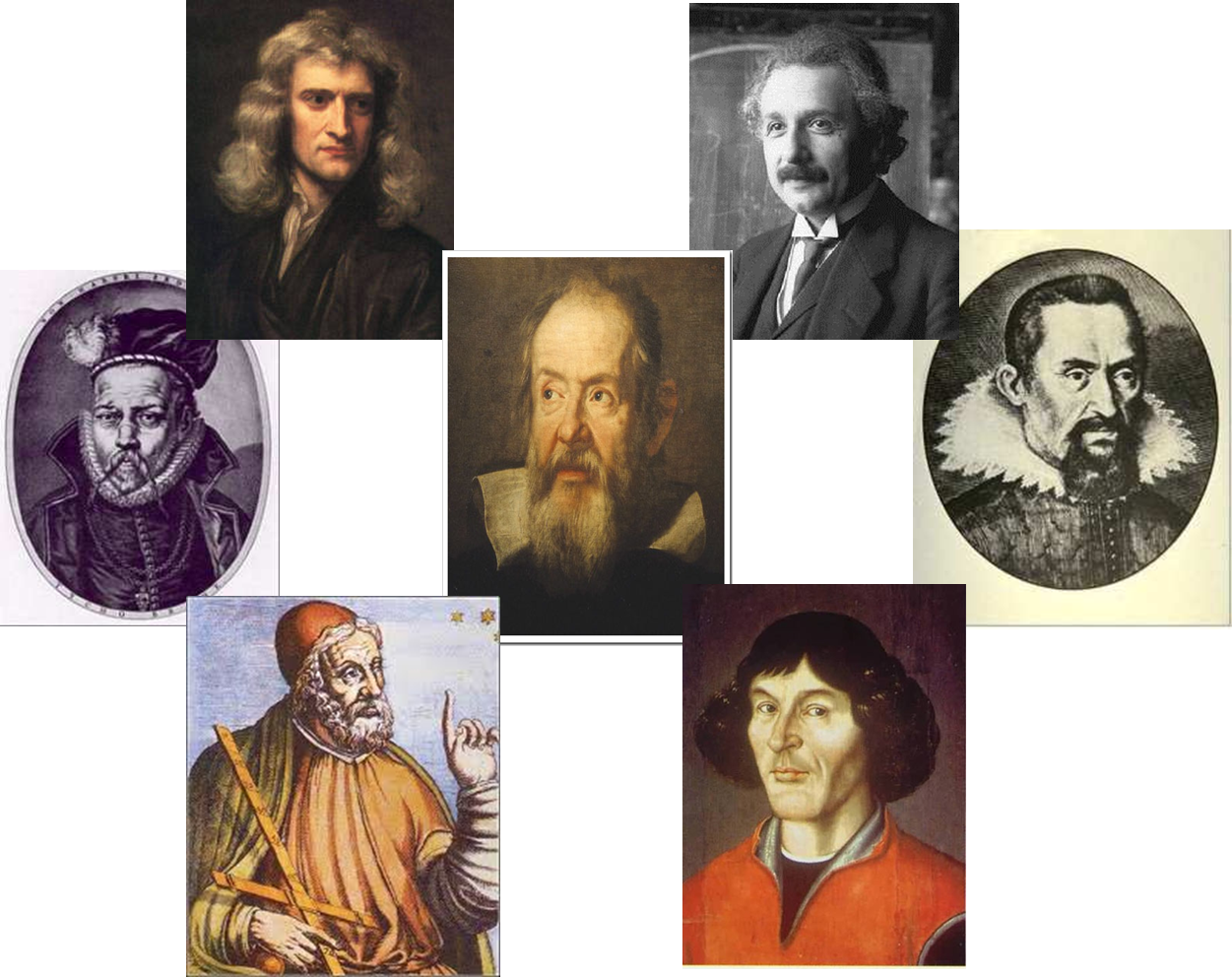 It’s helpful to understand the pyramid with the pyramid of scientific research on gravitation. Human beings had be curious about the earth’s position in the university.

I strongly recommend readers to watch the lecture given by Richard Feynman, which is titled The Character of Physical Law – Part 1 The Law of Gravitation