Published by chengjun on September 8th, 2011 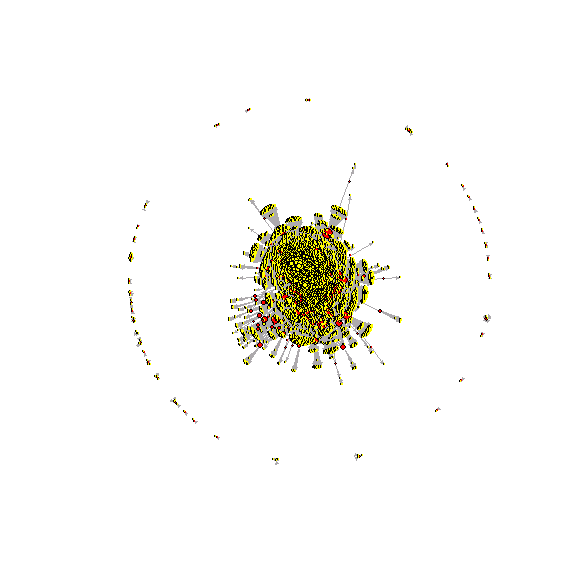 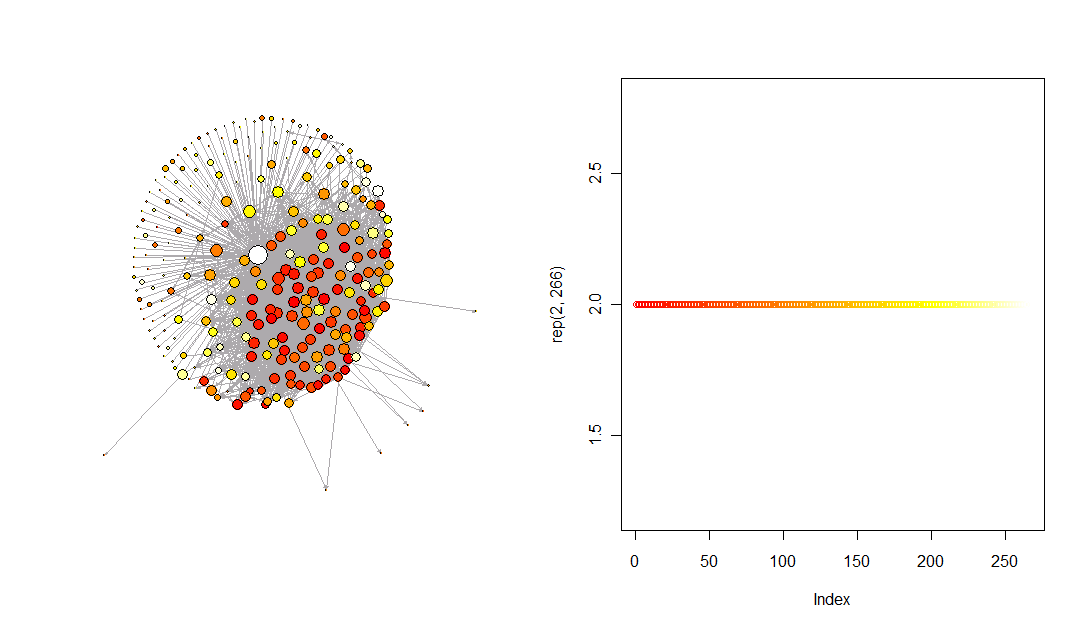 In this figure, the nodes with dark color diffuse first, the larges nodes of white color is the merged cluster of non-diffusers. You can find that many diffusers connect with this non-diffuser giant, but they are not connected with each other, apparently, they are not influenced by the people they followed. So whom are they influence by? This is the starting point of my study of news diffusion.