The role transition is time dependent, which means the future roles users played are determined by the present roles (first order) and the past roles (second order). However, this process is not stationary, the transition rates is time variant.

2. The distribution of role inertia. 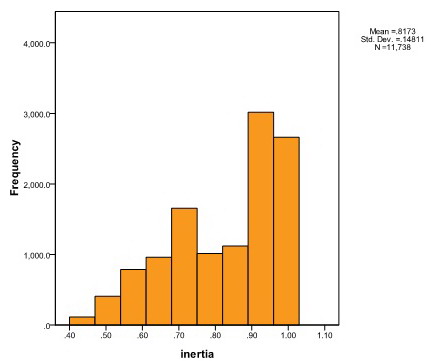 3. The relationship between active duration and role inertia. 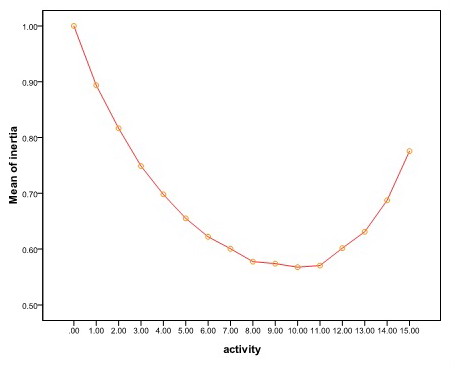 4. The relationship between inertia role and active duration and role inertia. 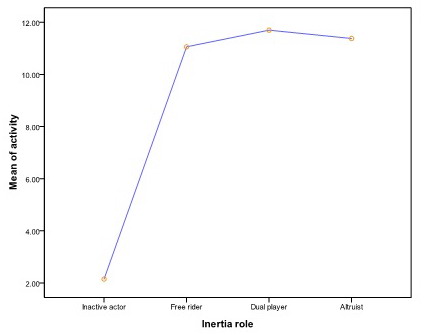 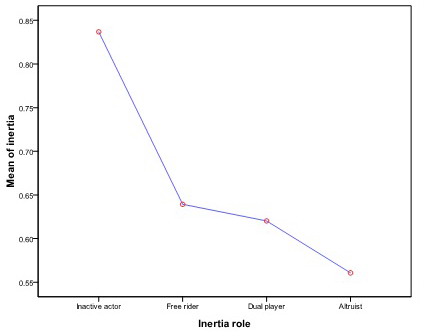