1. There are universal scaling laws in human online behavior, which includes writing blogs, making friends and sharing files. While the scaling law is uniform, the exponents may vary from one user to another. 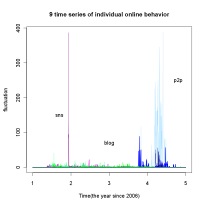 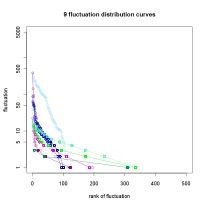 2. It can be mathematically proved that given the power law distribution (or its revised version DGBD) of the fluctuation in one’s online behavior, we can predict the power law relationship between the cumulative active time and the total amount of fluctuation (the blogs written or the friends made in sum), which can be named as allometric growth. 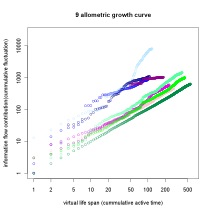